This year’s winners were announced in late January. They are AAA Oklahoma (private stakeholder) and the Oklahoma Turnpike Authority (public stakeholder). 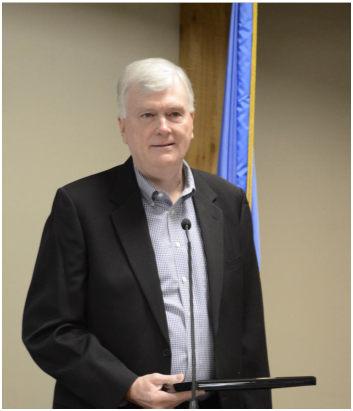 AAA Oklahoma received the private stakeholder award for its conversion of half of its fleet to run on compressed natural gas (CNG). This conversion has led to $400,000 dollars in fuel savings annually, a savings of up to $1,600 per truck, per month. Additionally, AAA Oklahoma informs Oklahoma drivers of the benefits of driving a CNG vehicle.

“AAA Oklahoma boasts 360,000 members, 250+ employees, and operates 12 full service and 32 insurance and membership offices around the state,” said John G. Johnson, Executive Director of ACOG. “Seeing their CNG trucks on the road is a visible example of the benefits of alternative fuels to their members and drivers in our communities.”

The Oklahoma Turnpike Authority (OTA) received the public stakeholder award for prioritizing the installation and upgrade of CNG fueling stations for its customers at travel stop locations in McAlester and Stroud. 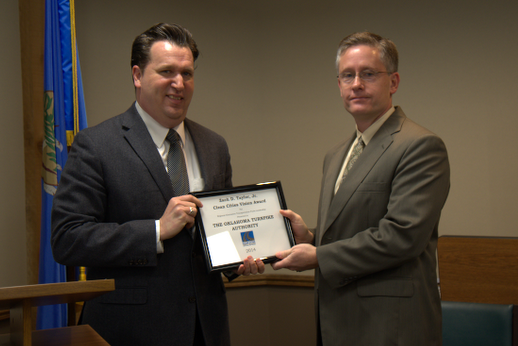 In Stroud, renovations of the CNG fueling portion of the travel plaza, operated by EZ Go and Carey Johnson Oil Company Inc., will give CNG customers a faster fill-up in Stroud. These renovations, completed Dec. 27, 2014 were made possible with support from OTA’s partnerships with ONE Gas and EZ GO stores.

The new travel plaza in McAlester is located on a stretch of the Indian Nation Turnpike that sees 9,000 vehicles per day and its new CNG stations provide an important link for CNG drivers travelling in southeast Oklahoma.

“OTA’s public-private partnership approach to development of CNG stations along the turnpike reflects the mission and goals of the Central Oklahoma Clean Cities Coalition,” said Eric Pollard, Coordinator of the Coalition. “These stations are a huge deal for the thousands of CNG drivers around the state.” 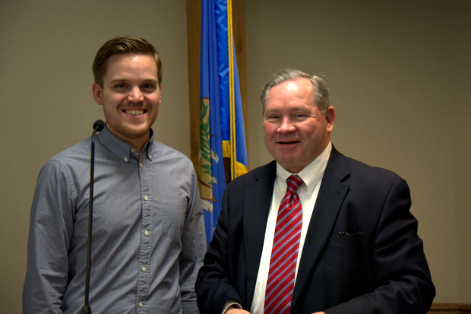 Central Oklahoma Clean Cities is a US Dept. of Energy alternative fuels public and private stakeholder coalition at the Association of Central Oklahoma Governments (ACOG). Over the last eighteen years,
Coalition stakeholders have displaced nearly 38 million gallons of gasoline and diesel fuel with alternative fuels such as natural gas, propane, electricity, and E85 and B20 biofuels.