In mid-July, ACOG staff and lead consultant, URS Corporation, held a series of workgroup meetings in order to educate key stakeholders about the possibility of enhanced public transportation options within the region.  The meetings were part of the public outreach effort for the Commuter Corridors Study, which is a comprehensive alternatives analysis of potential future transit modes and alignments within three corridors identified in the 2005 Regional Fixed Guideway Study.

The North Corridor stretches for 14 miles between Edmond and downtown Oklahoma City, the East Corridor is a 10-mile corridor that extends between downtown and Midwest City/Tinker Air Force Base, and the South Corridor is a 17-mile stretch that extends to Moore and Norman.  In each corridor, meetings were held with both local stakeholders (elected officials, business owners, and city staff members) and community leaders.  A final downtown Oklahoma City meeting was held for both stakeholders and community members who represent the downtown area where the three corridors converge. 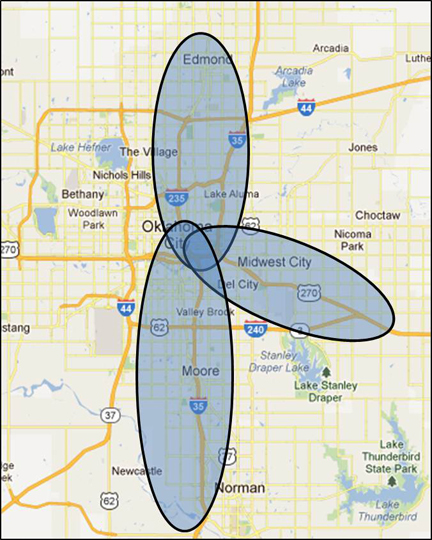 The Commuter Corridors Study, also known as CentralOK!go, will consider multiple modes of public transportation for commuter service.  Examples include commuter rail, light rail, bus rapid transit, and express bus.  The speed, numbers of stops, frequency, and numbers of passengers served vary for each mode, as described in the Transit Fact Sheet. A locally preferred alternative (mode and alignment) with the right fit for the riders and the region will be selected for each corridor in the study. 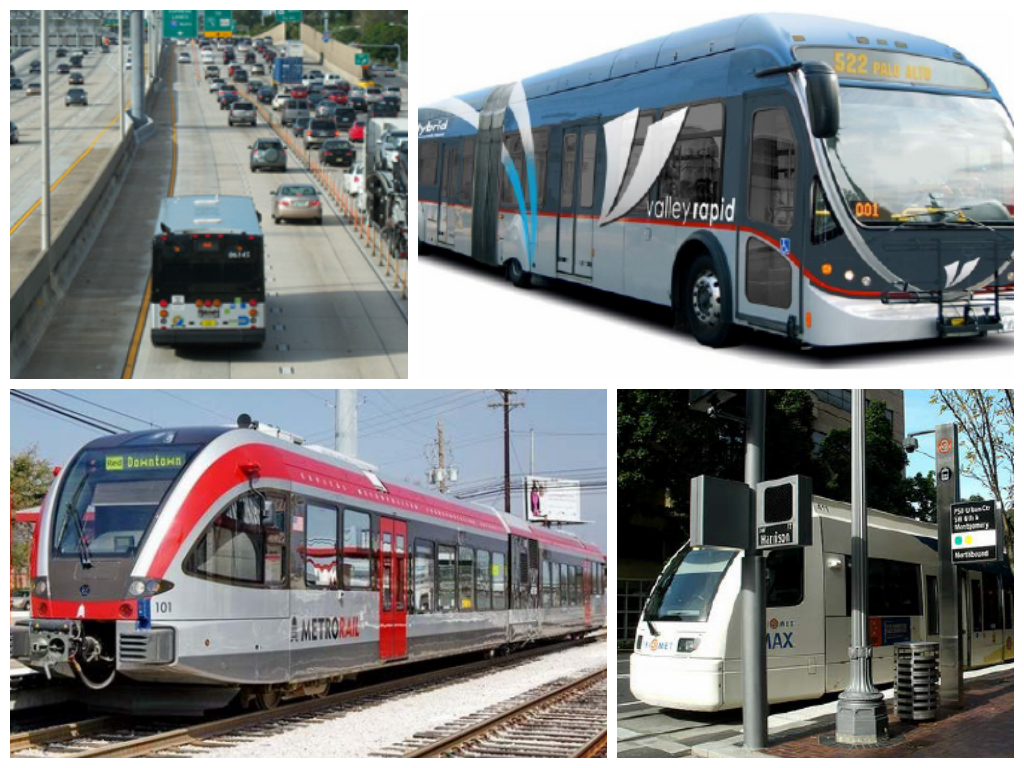 After working in small groups, each corridor workgroup developed the following additional goals that they thought represent the needs of their community:

Overall, the response to the study appeared to be very positive.  The workgroups were energetic and excited to talk about the possibility of having commuter transit in the region.  The participants were able to come up with some great ideas to ensure the system succeeds.  Several workgroup members thought that it is imperative that the system is built to work seamlessly with the other transportation options available in the region; this means having bus and park and ride access, as well as being pedestrian and bike friendly.  Others would like to see a well thought out governance and revenue generation structure.  Workgroup members also discussed scheduling options, as well as making sure corridor specific activity centers aren’t missed.

It was encouraging to see the city leaders and community members who were involved in the workgroup meetings come up with these well thought out goals.  It shows that they have given some thought to the idea of regional transit and want to see specific things happen.  These goals also help ACOG and the consultants identify what people outside the Regional Transit Dialogue expect to see in an enhanced public transportation system.

With the data collected in the workgroup meetings, URS will develop an evaluation matrix based on the goals from the RTD Steering Committee and the corridor workgroups, as well as objectives to reach those goals.  The matrix will be used to screen the various modes and alignments for eventual selection of a locally preferred alternative for each corridor or combination of corridors. ACOG and URS will hold the next round of workgroup meetings and a public open house in November.

For more information about the Commuter Corridors Study, please visit  the CentralOK!go website.