Why Transit Matters: The Effects on Economic Development

Many cities throughout the country, including Oklahoma City, are in the process of starting new public transportation lines or enhancing their existing service.  These investments can be daunting to taxpayers because they are such enormous sums of money.  However, quality public transit can provide benefits beyond an alternate mode of travel.  In the previous post, transit’s effect on traffic congestion was explored.  This segment will provide insight as to how public transportation can spur economic development.

One of the reasons transit systems succeed, is because they act as an economic development driver. An entire region can benefit from transit for multiple reasons.  It helps reduce congestion and road maintenance costs due to fewer cars on the road.  The amount of parking needed diminishes due to fewer drivers.  Property near transit lines will benefit from increased property value due to the improved mobility options.  Quality public transit can also create jobs and keep dollars circulating in the local economy.

One of the most talked about economic drivers is Transit Oriented Development (TOD).  TOD is a compact, mixed-use development pattern that occurs around transit stops.  Housing, retail, convenience and grocery stores, restaurants and offices can all be found within walking distance of the transit stop in a transit oriented development.  The nature of TOD allows for a large population to live within a ½ mile of the transit stop and, in turn, provides residents convenient access to the service.  Those living within a TOD are able to perform their daily routine without the use of a car.  Using TOD, cities can provide multiple benefits at once by increasing its tax base, creating jobs for local workers, offering new locations for businesses, and encouraging people to ride transit. 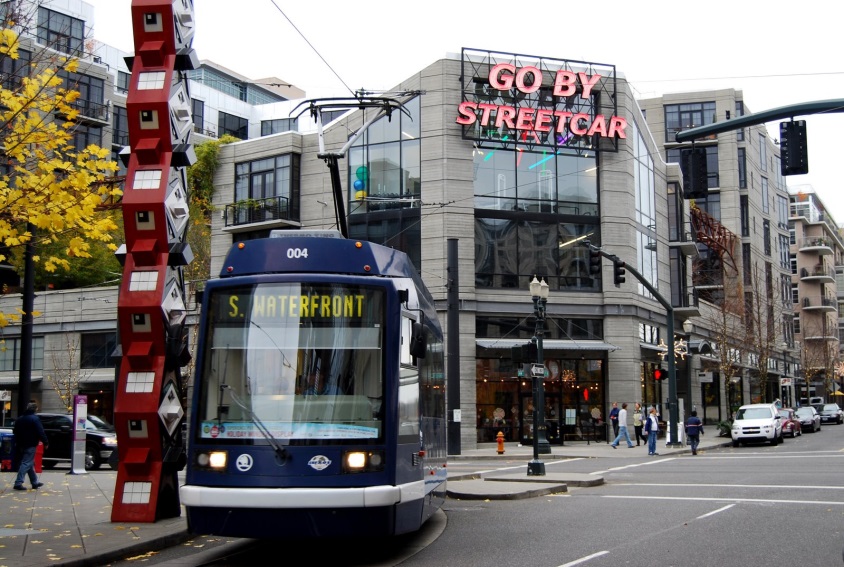 Studies have shown that walkable areas are home to more businesses and higher property values than auto-dependent communities.  By simply creating an inviting place, more people are attracted to the area, creating demand for retail and services.  Furthermore, the addition of permanent transit stops to an area can help stabilize and increase the value of properties.  According to the American Public Transit Association (APTA), residential property values near transit stops performed 42% better than homes not near public transportation during the last recession.  APTA’s Michael Melaniphy said that “when homes are located near public transportation, it is the equivalent of creating housing as desirable as beachfront property.”

Another benefit of transit oriented development is the ability to use Tax Increment Financing (TIF) funds as a way to help pay for the service.  A TIF district uses the increased tax revenue from a project for specific infrastructure improvements in the area, like streetscaping, sidewalks, and transit.  Cities like Portland, Arlington and Denver have had tremendous success with transit oriented development to help pay for the operation and maintenance of their transit systems.  A TIF district is a great way to gather operation and maintenance funds from the people and developers who use the service more frequently. 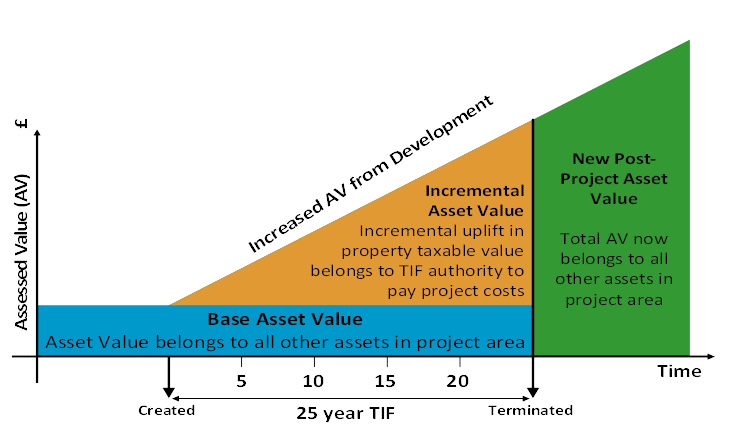 Tax Increment Financing in a Nutshell

It’s easy to imagine TOD along a light rail or streetcar line, and this has been the case in the past.  However, due to its increasing popularity, Bus Rapid Transit (BRT) is now attracting significant transit oriented development.  Recently, it has been observed that BRT may actually perform better than rail services in attracting real estate investment.  In Cleveland, the BRT corridor linking downtown and the University Circle neighborhood has seen $114 of private investment for every dollar of public money spent on the transit system.  Portland’s famed streetcar, on the other hand, has seen a return of about $40 per every public dollar.  Regardless of the transit mode, developers and cities can expect to see a healthy ROI on developments near transit stations.

With the rising popularity of public transportation around the country, cities will likely see healthy investments in development along transit routes.  These developments benefit both the transit service and the local community.  Cities can expect to see an increase in well-paying jobs spurred on by the service.  Construction workers, developers, real estate agents, engineers, and vehicle manufacturers will be needed to construct the transit lines, stations, and any transit oriented developments.  Engineers, planners, transit drivers and other support staff will need to be hired in order to run the service.

A regional transportation system can benefit Central Oklahoma through job growth, property value increases, reduced traffic congestion, fewer road construction projects and a greater economic competitiveness.  The metro will also see benefits to the environment, which is our next topic of discussion.  We will explore how much energy and pollution one person can save by getting out of their car and taking a transit commuter service.