Highway and transit projects were funded and implemented in the region using federal funds made available to the state and metropolitan area from current and previous federal surface transportation laws. 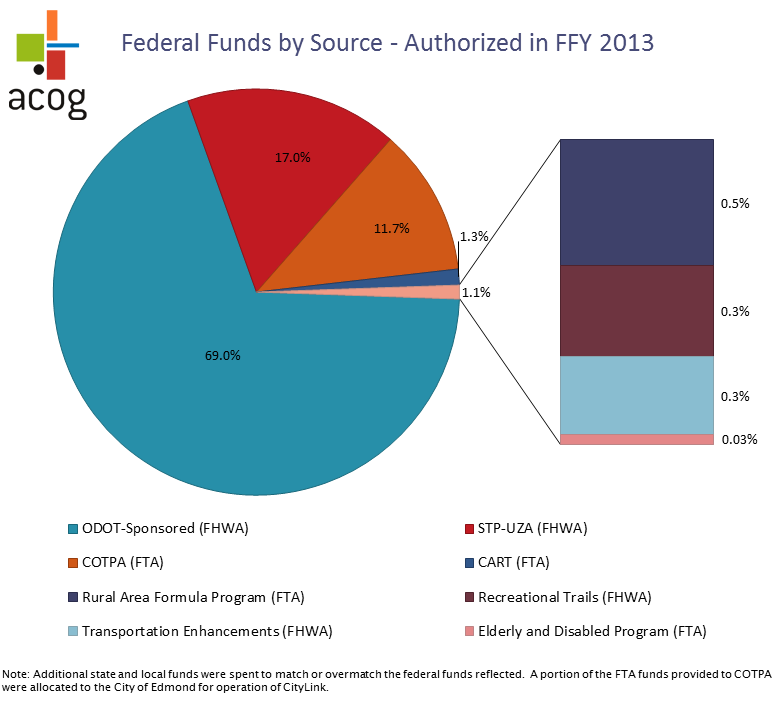 A suballocation of funds, known as Surface Transportation Program Urbanized Area (STP‑UZA) funds, helped provide for a number of street and intersection improvements, including adjacent sidewalks and bike paths, which have been or will soon be constructed in communities within the ACOG region.

In addition to these improvements, other transportation projects in the region were supported with federal and state funds provided to the Oklahoma Department of Transportation. An additional $113.8 million was obligated during the past fiscal year for projects located in Central Oklahoma including final phases of the I‑40 Crosstown reconstruction, I-40 improvements in Canadian County, interchange improvements at I-44 and I-235, and improvements to the south half of the I-35/SH-9 interchange in Norman.

The full report is available for download in PDF format here.