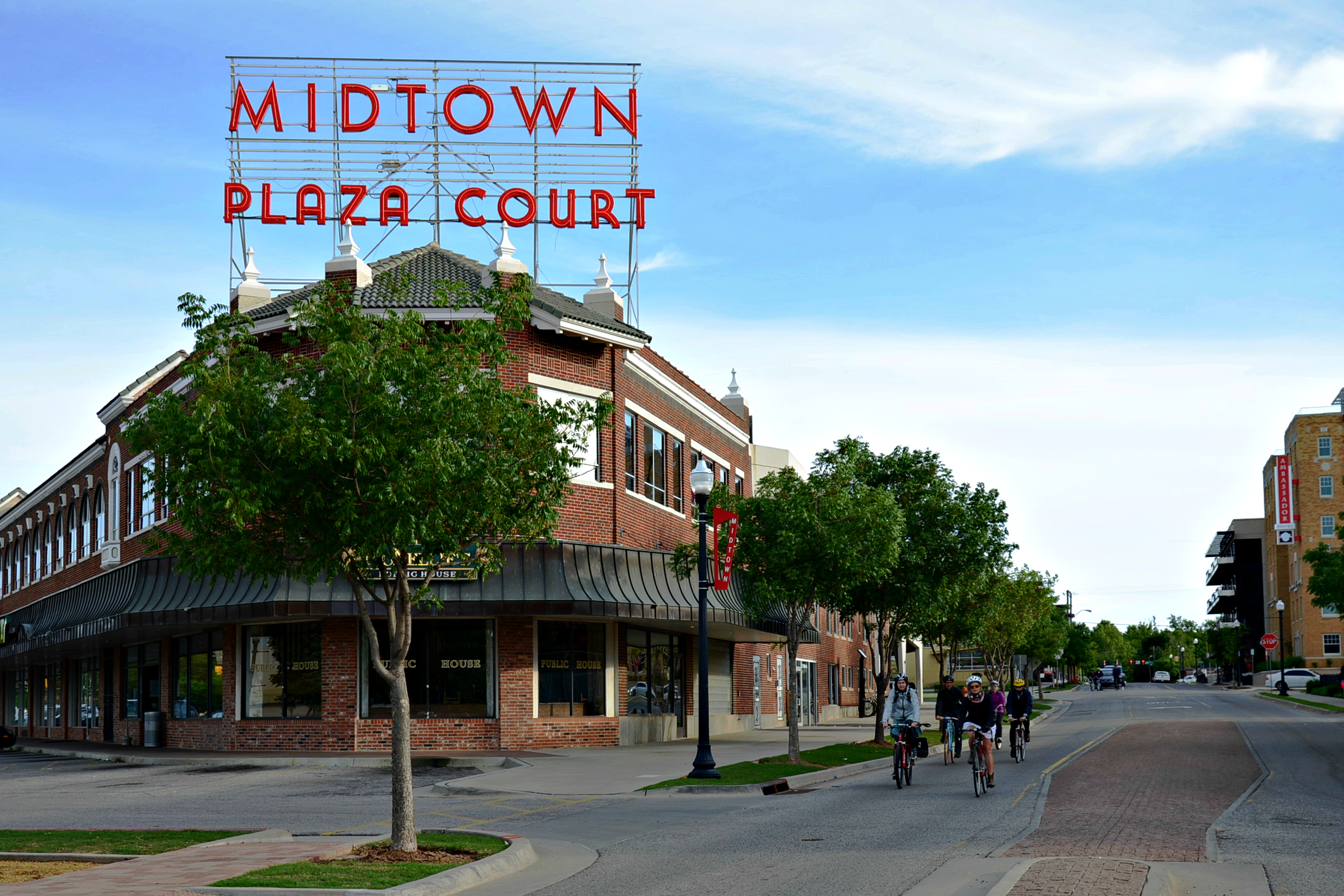 A group from Mesta Park bike to their offices in downtown Oklahoma City.

Get ready to pump your pedals, Central Oklahoma. National Bike-to-Work Day is May 15.

According to Kate Brady, a transportation planner with the Association of Central Oklahoma Governments, this is the 11th year the event has been recognized in region. Five metro-area communities will celebrate the occasion with city-sponsored group rides on Friday morning. Residents from Edmond, Guthrie, Norman, Oklahoma City and Yukon will join thousands of Americans in commuting to work via bicycles. 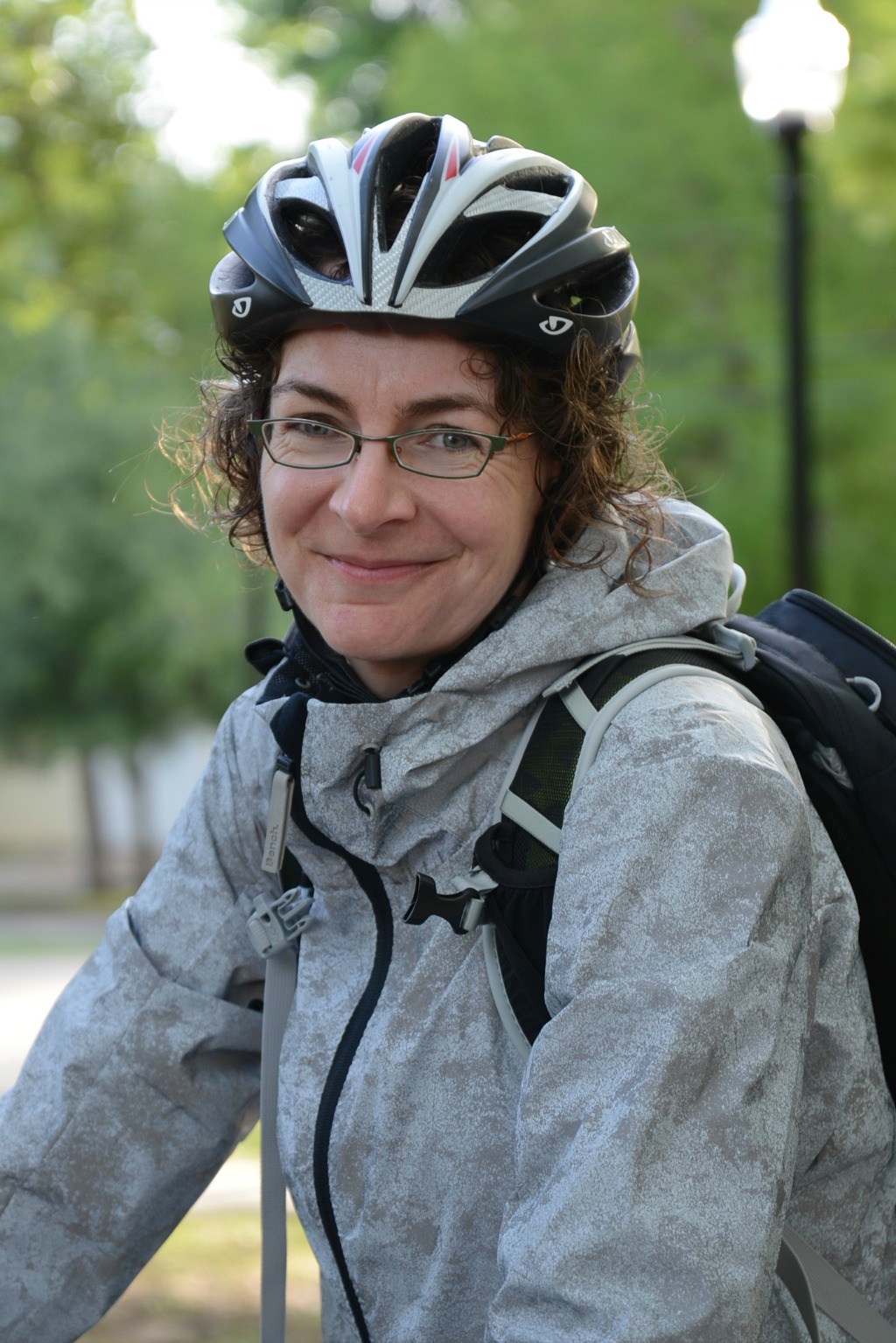 Staff from these Central Oklahoma cities have organized short rides on city streets, celebrating the progress they have made toward bicycle-friendly streets and communities. Rides end at prominent locations in each community where riders socialize and snack. Often, elected officials are on hand to describe the many benefits of bicycling. These include getting fit, saving money, having fun and reducing emissions that can be harmful to the environment.

Brady, who created the Regional Master Bike Plan for Central Oklahoma, lives near Uptown and frequently rides her bike to work in Bricktown. “We are really pleased at the recent growth in bicycling in Central Oklahoma,” she said. “Responding to recommendations from our member communities and local bicycle riders, ACOG’s focus has expanded to include promoting bicycle-related activities and events throughout Bike Month in addition to Bike To Work Day. All levels of cyclists are welcome at these events.” 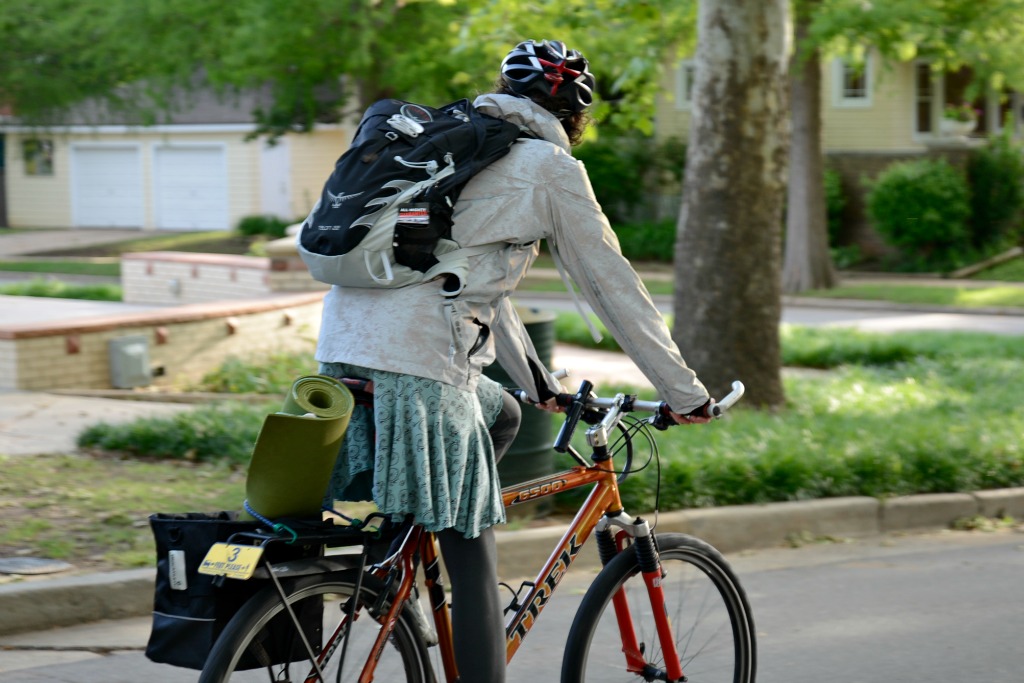 “ACOG is excited to serve as the flagship agency for Bike To Work,” said John G. Johnson, Executive Director, ACOG. “Every major metropolitan region across the nation has a formal Bike To Work program and many of them are quite robust and impressive. With the help of our federal partners, last year, ACOG awarded $2.8 million dollars for bicycle and pedestrian transportation projects across Central Oklahoma.

“We want to help make bicycling a more integral part of life in Central Oklahoma. While we have a significant distance to go, we have come a long way. As we celebrate Bike To Work Day this week, I think it’s important for our citizens to know that while many people use bicycles for recreation opportunities, many of our citizens rely on bicycles as their only means of transportation.” 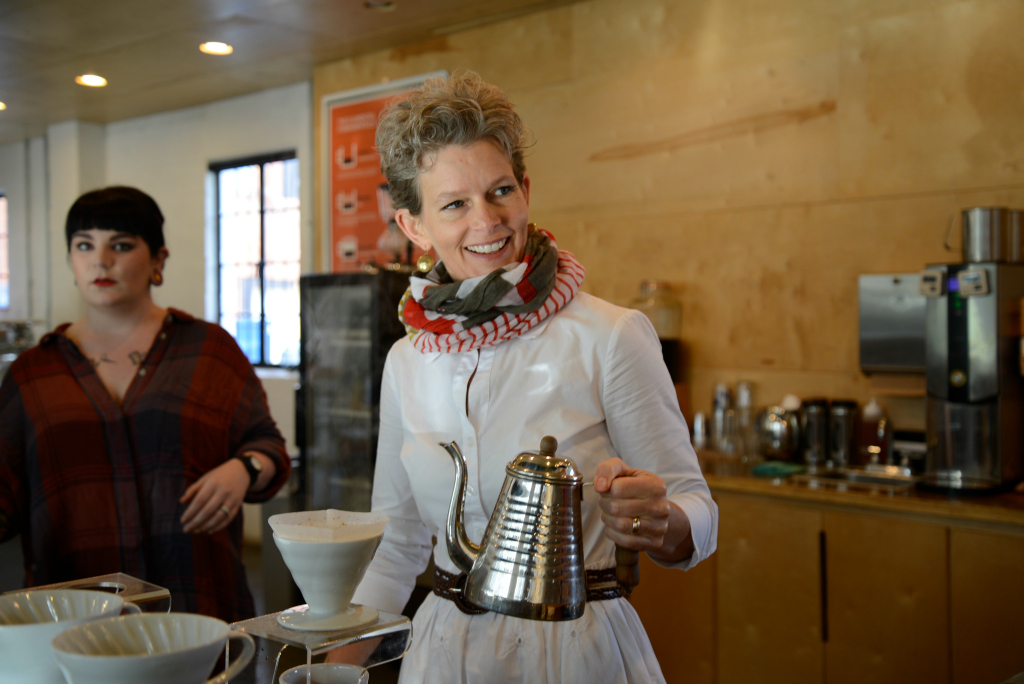 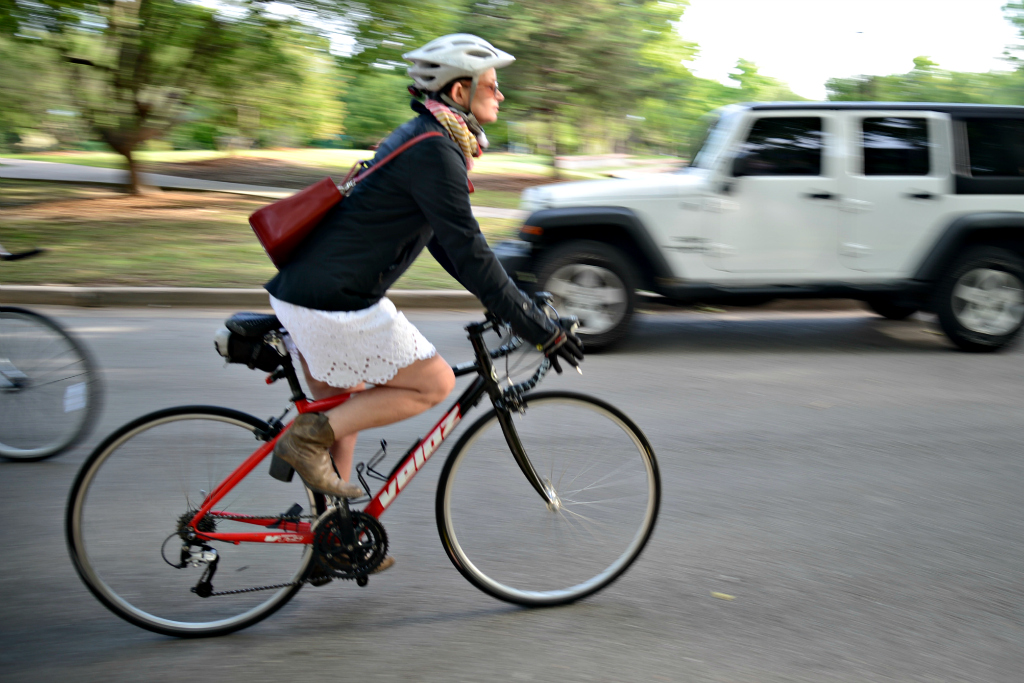 Laura Massenat bikes to work. Massenat is the owner of Elemental Coffee and a member of the Oklahoma City School Board. 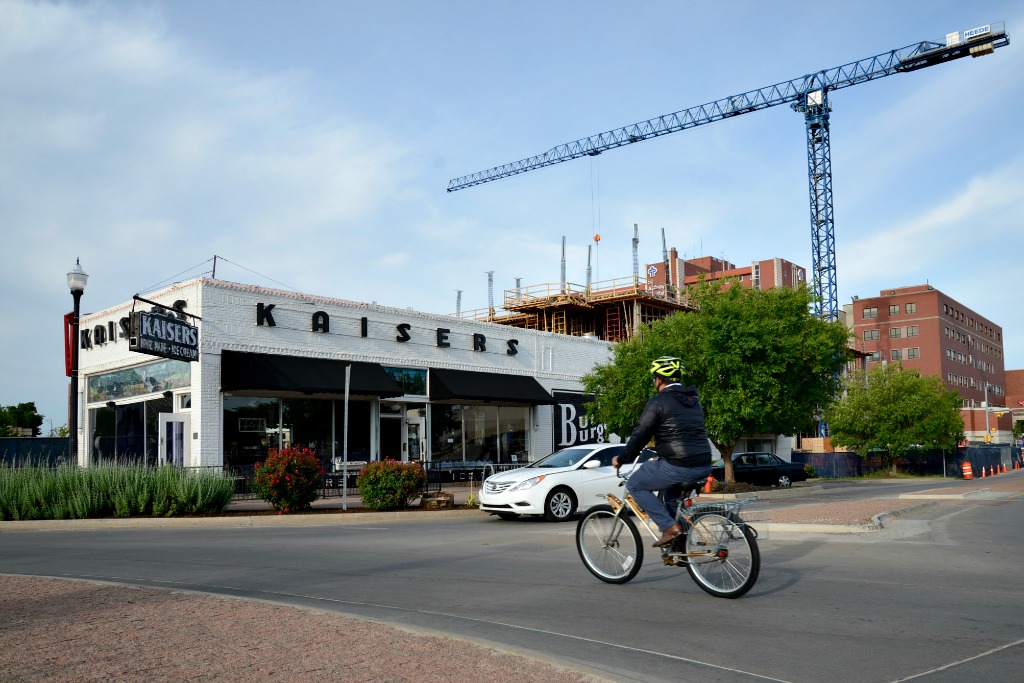 Brent Tongco, General Manager, Oklahoma City Spokies at Bicycle Transit Systems, bikes through the round-about in Midtown. He makes a quick stop at Elemental Coffee before heading into work. 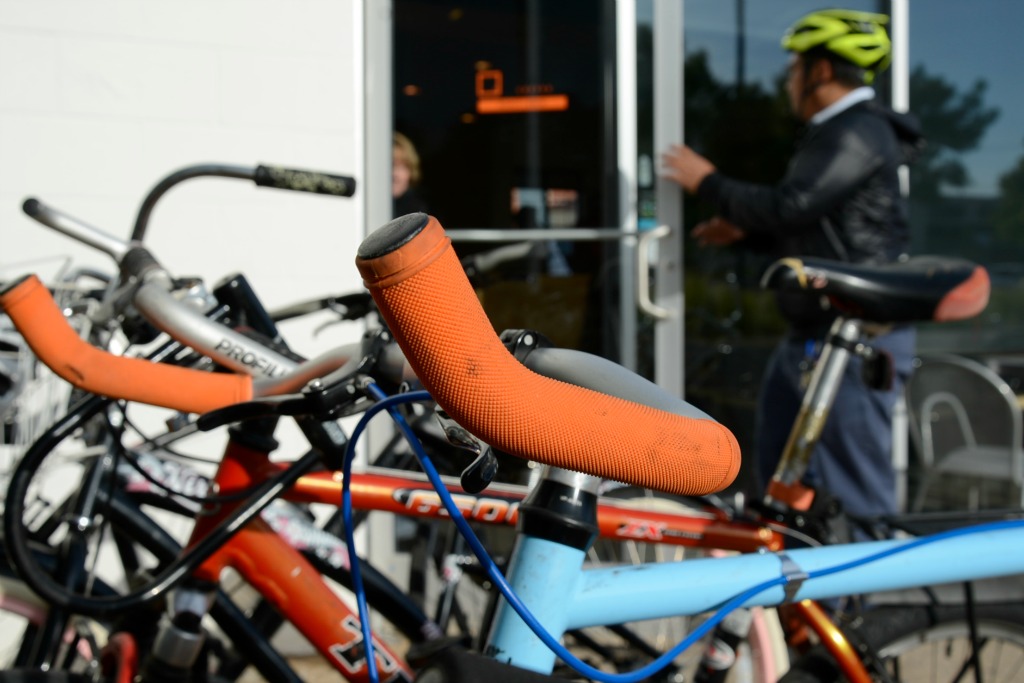 About National Bike To Work Day

Bike to Work Day was originated by the League of American Bicyclists in 1956 and is a part of Bike-to-Work Week, which is in turn part of National Bike Month. It’s held in May every year and is designed to promote the bicycle as an option for commuting to work. From coast-to-coast – including Central Oklahoma’s peer communities like Austin, Dallas, Houston, Denver, Phoenix, Memphis and Salt Lake City – cyclists will pump their pedals in an effort to showcase the many benefits of bicycling. 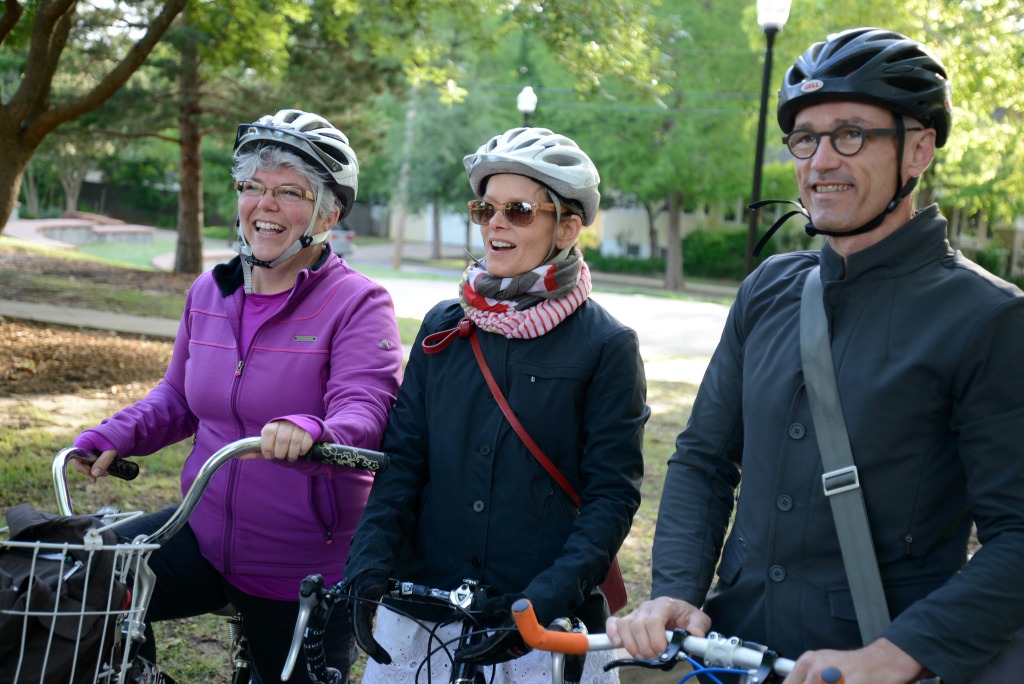 OKLAHOMA CITY
Oklahoma City’s Bike-To-Work Day offers five different start locations. Commuters will gather at all locations at 7:20 a.m. Departure to Myriad Gardens, 301 West Reno, is at 7:30 a.m. A celebration is planned for 8 a.m. and will feature prizes. Sponsors include City of Oklahoma City, Downtown OKC and ACOG.

YUKON
Yukon’s Bike-To-Work Day begins at 7:30 a.m. at Yukon City Hall, 500 West Main Street. Commuters will ride to the Yukon Community Center on Holly Avenue where they will socialize with fellow cyclists and local dignitaries.

HASHTAG
The hashtag for the event is #BIKETOWORKOK 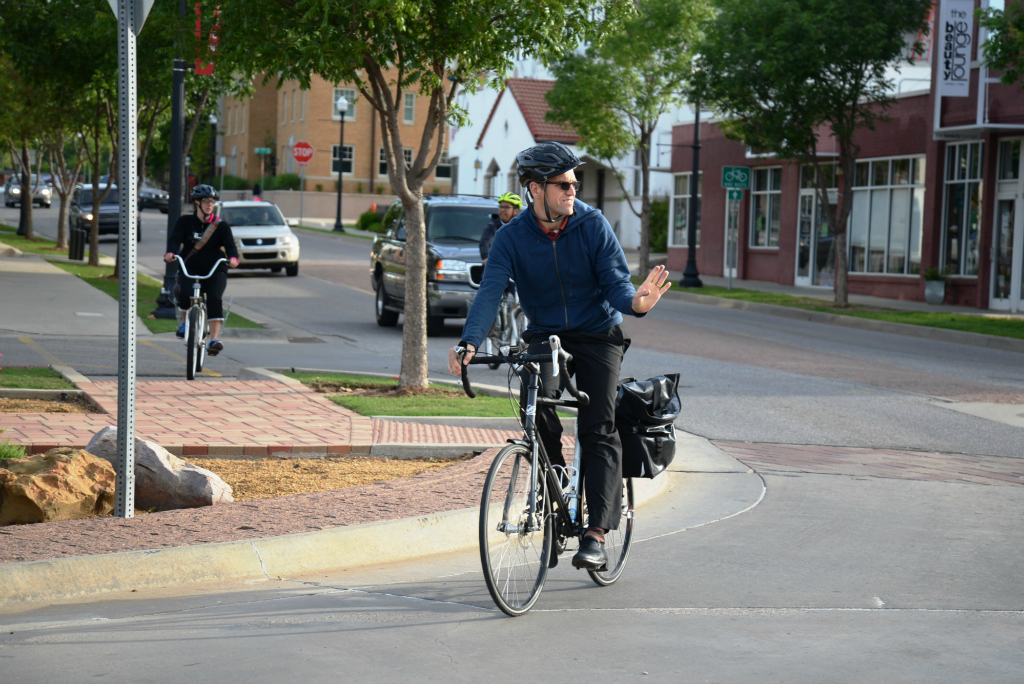 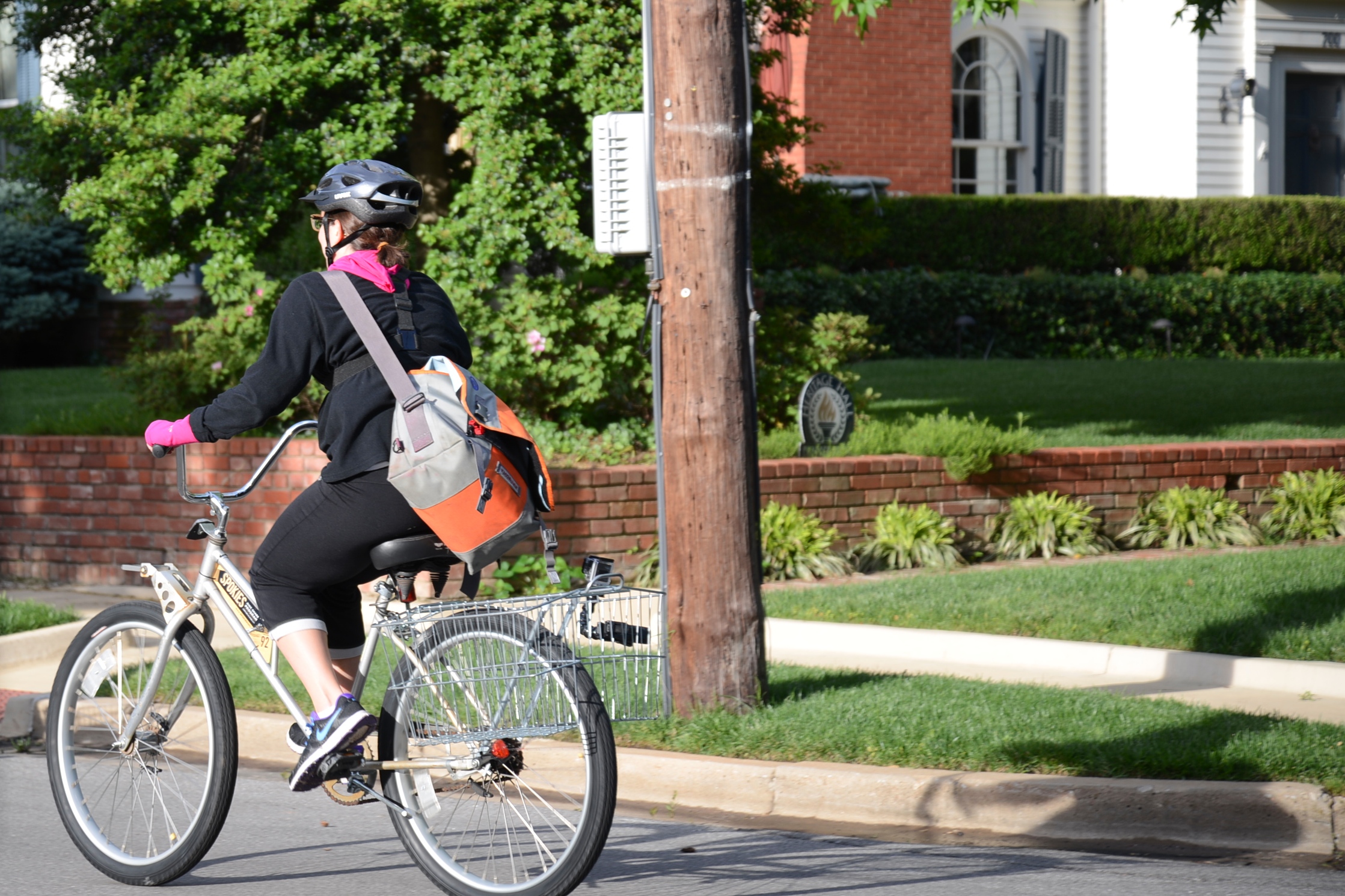 Juliana Keeping, Reporter, The Oklahoman, joins a group from Mesta Park in biking to work. 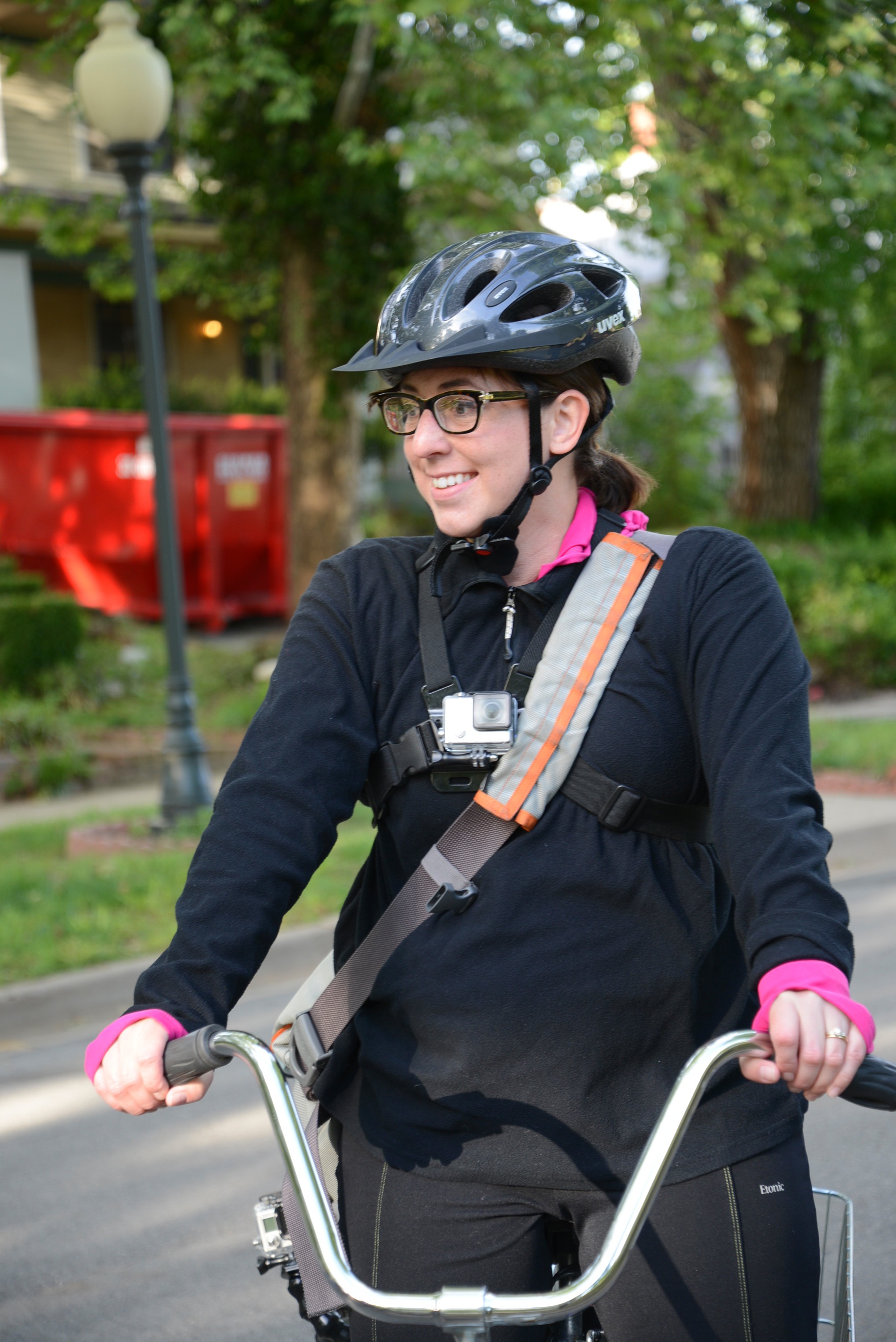 As a Council of Governments, ACOG’s purpose is to aid local governments in planning for common needs, cooperating for mutual benefit and coordinating for sound regional development. ACOG is an organization of, by and for local governments that allows member entities to work in partnership to address issues or problems common to many jurisdictions. This regional cooperation serves to strengthen both the individual and collective capabilities of local governments.

Originally established in June of 1966, ACOG is one of 11 Councils of Governments in the State of Oklahoma, and one of several hundred planning organizations across the country.

ACOG both complements and supplements local government activities but is not, itself, a governmental unit. It does not possess power of legislation, enforcement or taxation.