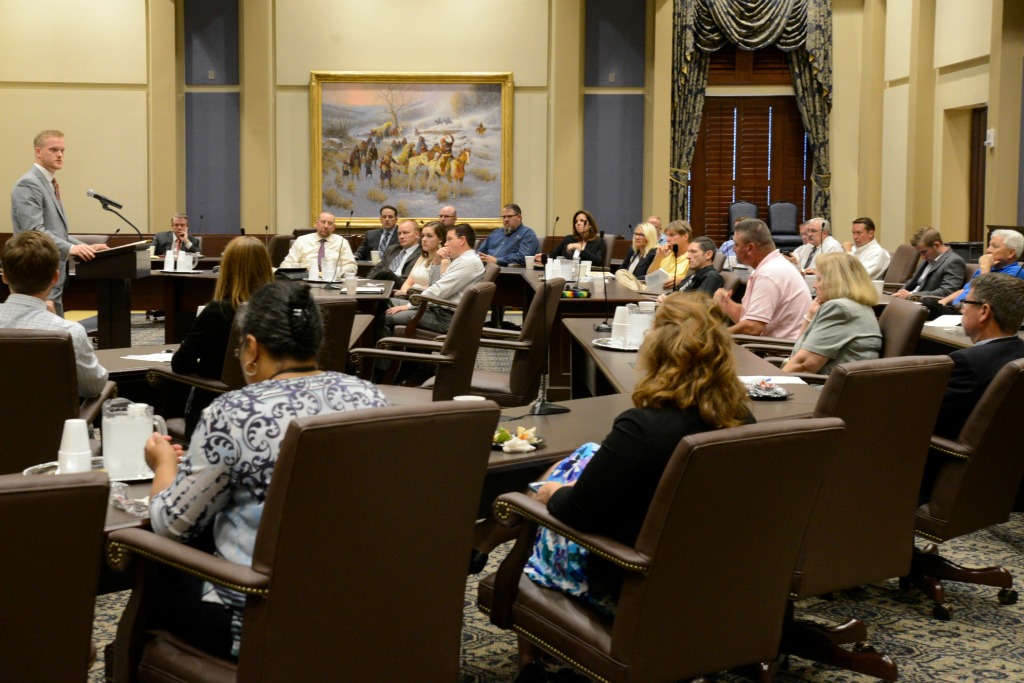 HB1283, sponsored by Cockroft and Sen. Jolley (R-41), standardizes weights and measures for compressed natural gas (CNG) and liquefied natural gas (LNG). Cockroft and Jolley, recognizing the need to standardize how CNG and LNG are sold, worked together to get the bill passed. “Anyone in Oklahoma fueling their cars or trucks with CNG or LNG can be assured they’re getting the same amount of energy at every station in the state,” says Eric Pollard of Central Oklahoma Clean Cities.

HB1728, sponsored by Osborn and Sen. Ron Justice (R-23) made changes in requirements for alternative fuel vehicle technicians. “Oklahoma is already a national leader in our technician certification program, and HB1728 will make it even more effective” says Adriane Jaynes of Tulsa Area Clean Cities. Automotive technicians in Oklahoma servicing alternative fuel vehicles must meet certain training requirements and pass a state-issued exam. Facilities must also meet strict codes. According to Jaynes and Pollard, other states look to Oklahoma for guidance because Oklahoma’s programs are so advanced.

Members of the Oklahoma Department of Labor’s Alternative Fuels Unit will give a presentation on the rules changes and will answer questions from alternative fuel industry stakeholders.

The meeting is hosted by Clean Cities coalitions in Tulsa and Oklahoma City. The U.S. Dept. of Energy’s Clean Cities program advances the nation’s economic, environmental, and energy security by supporting local actions to reduce petroleum use in transportation. Part of DOE’s Vehicle Technologies Office, Clean Cities has saved nearly 6.5 billion gallons of petroleum since its inception in 1993.

About Tulsa Area Clean Cities Coalition – The mission of Tulsa Area Clean Cities (TACC), a program of the U.S. Dept of Energy, aims to decrease the use of petroleum in the transportation sector by promoting alternative fuels through outreach and education. TACC focuses on projects designed to reduce operating costs and increase access to new fuel sources. TACC is housed locally at the Indian Nations Council of Governments.