I am back from a week of sun with a little (or a lot) of GIS thrown in, otherwise known as the 2010 ESRI (now pronounced ez-ri) International User Conference. 15,000 of my closest GIS friends and I arrived in San Diego for a week themed “Geography: Opening the World to Everyone.” Indeed, it did feel like everyone was there and many of them were happy to share their experiences from the last year. 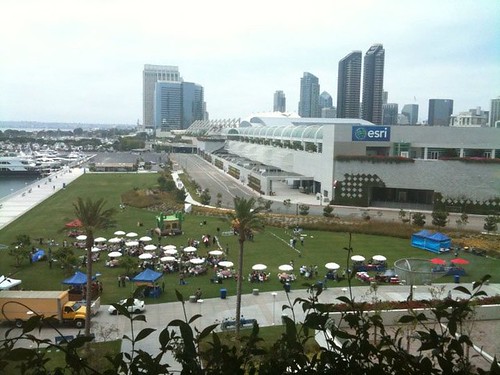 One of the coolest sessions I attended was about then 13-yr old Jordan Romero, the youngest person ever to stand on the summit of Mount Everest. Many of you may have heard about the mountain climb last May, but you may not know about the technical team back in the U.S scrambling to develop the web mapping application, Live on Everest, that allowed the world to track the teams’ progress throughout their trip! While Jordan and his family prepared to make the climb, Allan Laframboise (ESRI), Andy Gup (ESRI) had just days to create and execute a web portal that would track the team by GPS as they made the climb and incorporate real time updates from the team through Twitter, Facebook, Flickr, YouTube and iPadio. It is an amazing example of how technology can bring people together. Jordan described the site as a great source of inspiration during the climb. He was able to follow his social media feeds while on Mount Everest. Amazing! It sounds like he isn’t done yet and neither is the technical team so keep watching their site for the next adventure. 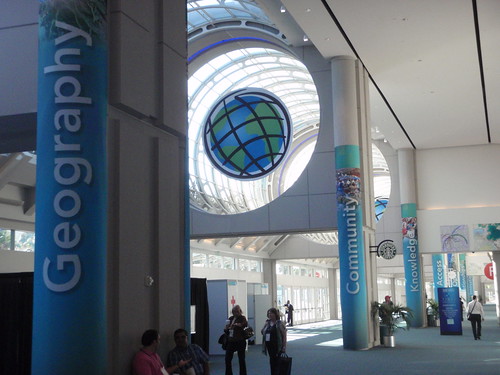 Another session I attended centered around work a little closer to home and what we do here at ACOG. The Southern California Council of Governments (SCAG), the largest Metropolitan Planning Organization (MPO) in the U.S., recently launched a pilot GIS program with the purpose of developing accurate and current land use and planning data under California Senate Bill 375. The State law encourages local jurisdictions to actively participate in the regional planning process. Even in California local agencies were constrained and had limited or no access to GIS.  Surprisingly, SCAG only has one dedicated full-time GIS person and a couple of temporary GIS positions. They were able to accomplish a lot with very few resources. The pilot program enhanced GIS accessibility by bringing mobile GIS services directly to selected cities and it increased communication channels between SCAG and local jurisdictions by helping to update, share, and exchange information.

So, it got me thinking. What would you like to see ACOG do with GIS? Online mapping? Integration with social media? Maybe an iPhone app? Let me know at dhugboom@acogok.org or just comment here.

Oh, and you might be wondering why the blog is entitled “Falling for San Diego”… let’s just say that I might have developed the habit of falling spectacularly in major cities.  I think I left a little of myself downtown, along with some Indian food and part of my purse.