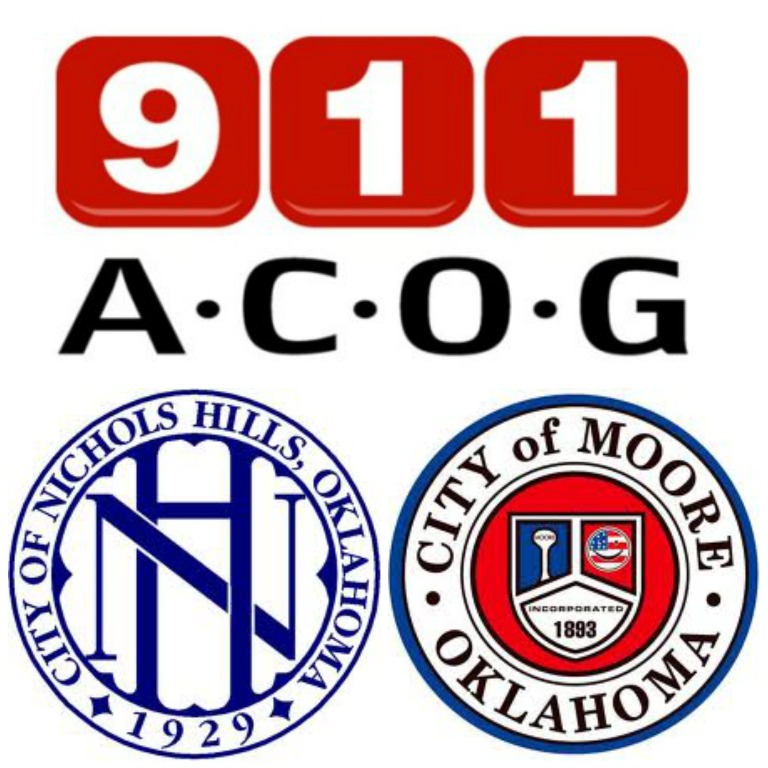 9-1-1 ACOG’s Lysa Baker and City of Nichols Hills Communications’s Director Robin Murray assisted the City of Moore in call-taking and responding to many different kinds of requests during the May 2013 F-4 and F-5 tornadoes.

9-1-1 ACOG staff responded to the Moore Tornado Disaster to aid in the needs of the Moore Communications Center. On May 20th, staff contacted Tammy Koehn, Communications Supervisor and offered any assistance needed. It was still extremely chaotic within the communications center. Tammy asked for any help we could provide.

Immediately following the tornado, all of the dispatchers from the Moore Communications Center were scheduled to work 12 hours shifts with 12 hours off in between. Lysa Kimbrough, 9-1-1 Education Coordinator for 9-1-1 ACOG and Robin Murray, Nichols Hills Communications Supervisor responded to the Moore PSAP on the nights of May 21st and 22nd. They assisted in call taking and organizing the response to the many different types of requests needed by the citizens and family members who were looking for their loved ones.

Throughout the week following the tornado, all of the first responders in the field were receiving meals from several venues. The dispatchers, however, were not receiving any assistance with meals, but were not allowed to leave their chairs to get food. Lysa Kimbrough also coordinated meals from May 21-May 25. Many restaurants delivered meals to each shift every day. All of the meals that were delivered were completely donated.

Two of our regional dispatchers received damage to their houses. Both are single mothers. Following the tornado, Lysa Kimbrough arranged for Lee Ann Jenkins, Moore dispatcher, and Tiffanie Cravens, OKC dispatcher, to be placed on the 9-1-1 Cares website. This organization aids dispatchers who need help during and after tragedies or hard times. Lysa received more than $4000 in donations for the dispatchers who were affected. The majority of the donations were in the form of gift cards. Donations continue to come in weekly.