A series of proposed fare increases will be the subject of two public meetings to be held by the Cleveland Area Rapid Transit (CART), Norman’s public transportation system.

Below is a chart displaying the proposed CART fare increases; note that the price of an unlimited monthly pass for the Sooner Express is not altered but all other fare does see an increase under the proposed change. 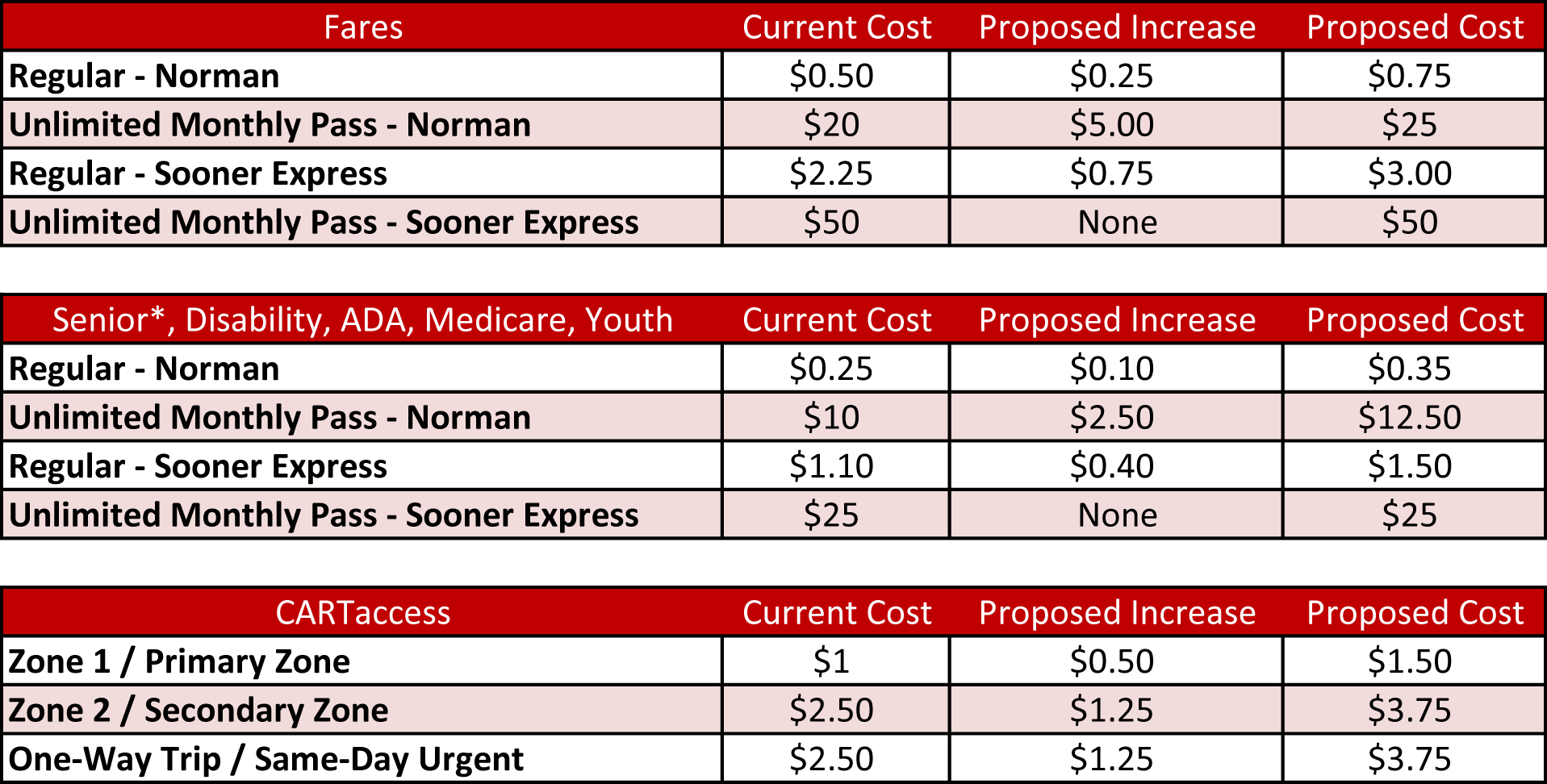 Under the proposed changes, to qualify for reduced senior fares the age would increase from 60 to 65 years old.

Any attendees who require an interpreter or disability accommodation are asked to notify CART at least 48 hours in advance at either RideCART (at) OU (dot) edu or at 325-2278.

Additionally, citizens are asked to submit written comments or questions via email to RideCART (at) OU (dot) edu or via mail by writing to the CART office at 510 East Chesapeake, Norman, OK, 73019-5128 with your name, address and telephone number. Comments regarding the proposed changes will be accepted through Friday, November 22nd.

Once CART has received public comments they will review the proposed fare changes and present a final proposal to the City of Norman in December. Any fare changes made will be publicized 30 days prior to the effective date.