The Texas Department of Transportation (TxDOT), in coordination with the Oklahoma Department of Transportation (ODOT), has scheduled a series of 12 open houses for public comments through late March and early April as part of the Texas-Oklahoma Passenger Rail Study (TOPRS), which will evaluate a range of passenger rail service options in an 850-mile corridor from Oklahoma City to south Texas. Of the 12 open houses, two are scheduled to take place in Oklahoma. 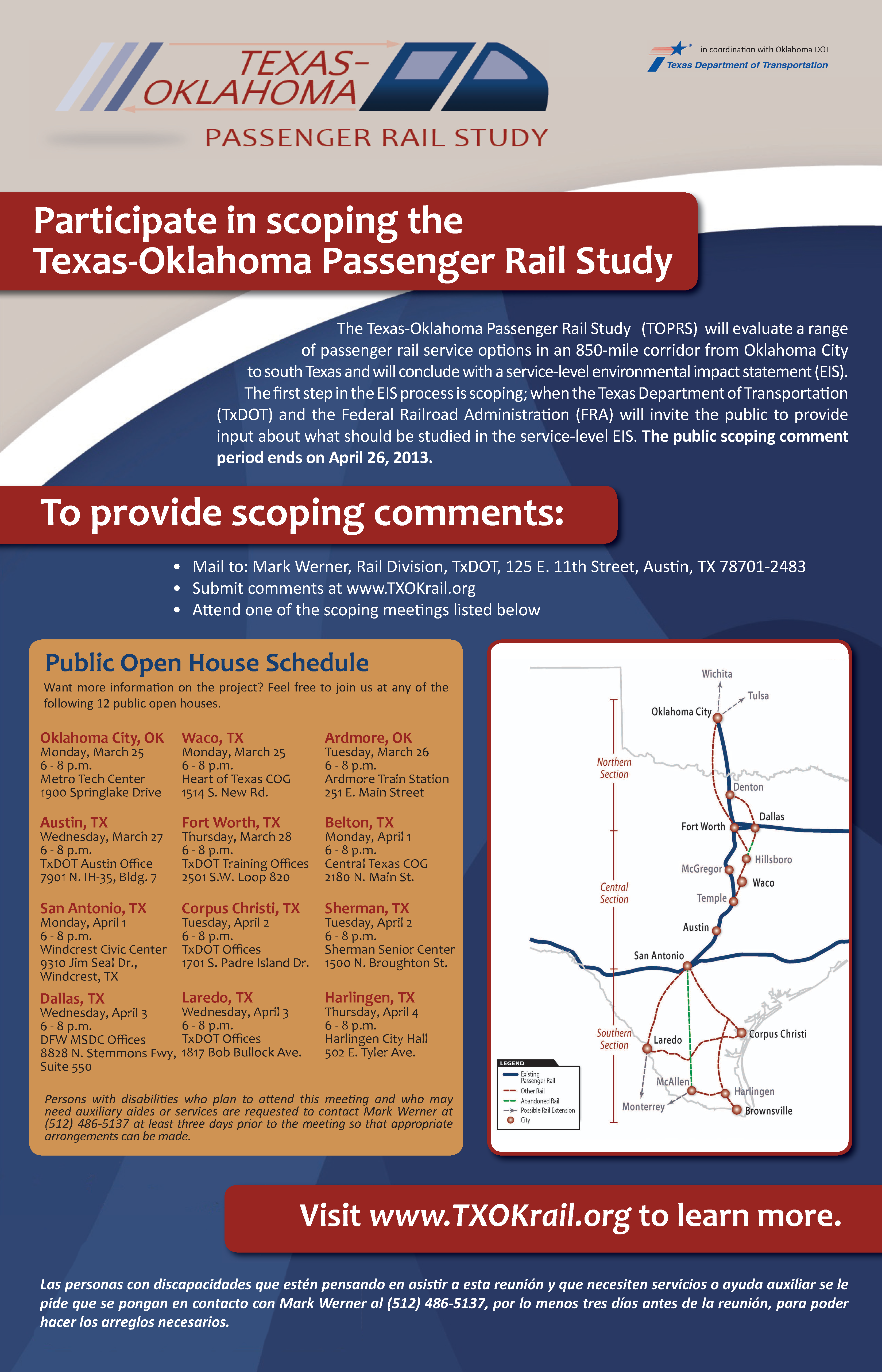 TOPRS will consider the Oklahoma City to south Texas corridor as a whole as well as within three segments: Oklahoma City to Dallas/Fort Worth, Dallas/Fort Worth to San Antonio and San Antonio to Rio Grande Valley/Corpus Christi/Laredo. TOPRS is expected to be completed in 24 months and will document the costs, benefits and impacts of rail service alternatives compared to a no-build alternative via a service-level environmental impact state, or EIS. The EIS will provide a high-level review of rail needs and potential service options in the corridor. The study could conclude with a decision to advance individual projects for more detailed study or a decision against making further investments in passenger rail in the corridor.